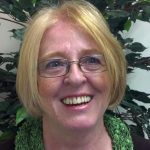 PRESIDENTS MESSAGE
I had the privilege of recently visiting an art gallery on Front Street in Lahaina, Maui. Front Street is fairly laid back and to my surprise, this gallery had several original works by Dali, Miro, Chagall, Durer, Matisse and Picasso. So many wonderful pieces, and such a variety of styles and approaches to art. Finding your own style and approach is often a challenge. This is one of my ongoing struggles. My path in addressing this is studying people whose art I admire. This decision comes from reading two books recently; one called “Think like Da Vinci” by Peter Hollins and the other is “Steal Like an Artist” by Austin Kleon.
Both authors stress the adage that nothing is new. No idea exists by itself in a vacuum. “Good artists borrow; great artists steal” is a quote that has been attributed to Pablo Picasso as well as T.S. Eliot and according to Peter Hollins President’s Message is likely to have originated elsewhere, thus proving the adage. Austin Kleon takes it back to the Bible quote “There is nothing new under the sun” Ecclesiastes 1:9.
They both seem to recommend that we study those people whose art we like. Not only do we study their style, we study those people whom they studied. And then we take it on and make it our own. Kleon wrote “Don’t just steal the style, steal the thinking behind the style. You don’t want to look like your heroes, you want to see like your heroes.”
Francis Ford Coppola says “We want you to take from us. We want you, at first, to steal from us… You will take what we give you and you will put it in your own voice and that’s how you will find your voice. And that’s how you begin. And then one day, someone will steal from you.
Hope to see you at our next meeting.
Ruth Philliben, President